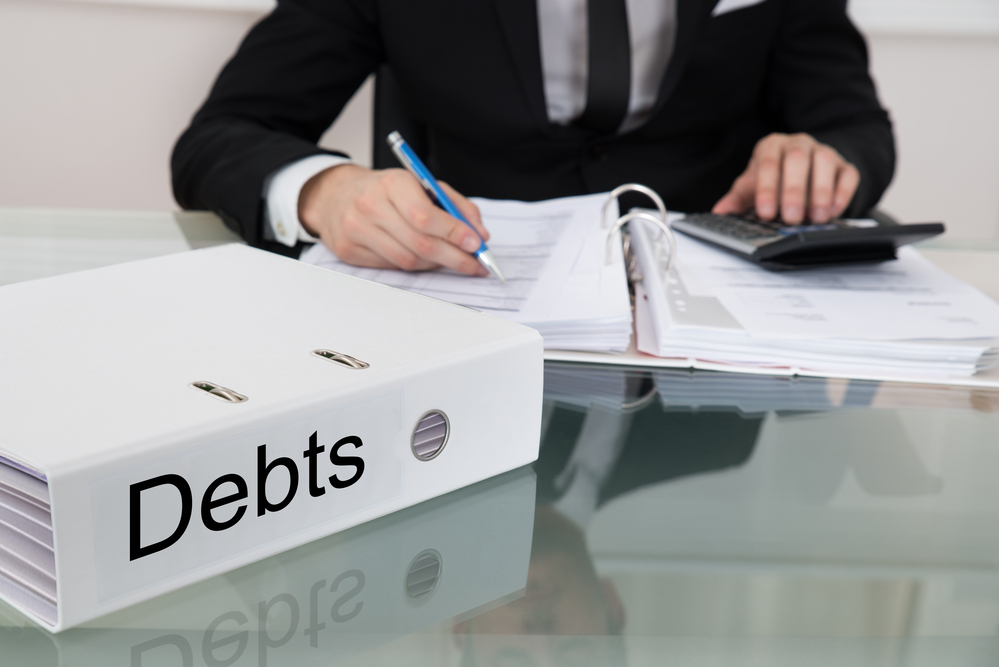 The stress inherent in accumulated debt can be overwhelming. Matters frequently snowball beyond one’s control. Often, repaying monies owed while still meeting basic living expenses is impossible. In such cases, filing for bankruptcy can appear to be the only way out. Yet, while a Chapter 7 filing can deter private debt collectors, the Internal Revenue Service is a much more imposing threat. The most urgent question often asked is does bankruptcy clear tax debt?

In Louisiana, state and federal income taxes typically aren’t protected by bankruptcy. Certain conditions exist where some are, however. At the very least, all recovery efforts by creditors are halted during bankruptcy procedures, affording valuable time to consolidate unrelieved debt. Additionally, any relief provided makes it easier to address outstanding debts when bankruptcy is finalized. Debtors should be aware of the conditions under which some tax debts can be relieved and how to cope with those still outstanding.

How Does an Automatic Stay Assist Debtors Who File for Bankruptcy?

While the IRS and Louisiana Department of Revenue can each be patient and understanding with proactive taxpayers experiencing financial difficulties, both agencies become increasingly ornery when no understanding can be reached. What begins with a notice of past-due taxes can become a series of increasingly aggressive letters arriving on a bi-monthly or quarterly basis. Eventually, wages may be garnished, bank accounts seized, and liens filed against valuable property.

An automatic stay puts a halt to escalating actions. When a debtor voluntarily petitions for bankruptcy, the stay usually takes immediate effect. Creditors, including tax collectors, must cease all efforts to collect monies owed and refrain from communicating with the debtor. They cannot interfere with one’s finances or personal property. On the other hand, the debtor is permitted to contact them to negotiate, from a position of strength, terms of payment for debts that will not be relieved by bankruptcy.

When Does Bankruptcy Clear Tax Debt?

Filing for bankruptcy can result in the discharge of unpaid income taxes under specific conditions, although other forms of tax will not be forgiven. Relief can be found for both state and federal income tax assuming the proper conditions are met. Here are the four factors that determine whether outstanding income taxes can be discharged.

1. When Did The Outstanding Income Tax Accrue?

The legal clock starts ticking when income taxes come due and counts out a three-year threshold. Thus, taxes due in the past two years are ineligible for relief while income taxes unpaid after three or more years can be discharged. The duration is measured from the date taxes were officially due to the date bankruptcy is filed. Thus, to find relief for taxes initially due on April 15th, 2018, a debtor must file for bankruptcy no earlier than April 2021.

2. When Was the Unpaid Tax Debt Assessed?

Beyond the initial due date, the IRS and/or Louisiana Department of Revenue may also issue an ‘assessment’ for outstanding taxes. This is the date on which the unpaid amount is officially entered in the respective agency’s books. In most instances, only debts assessed at least 240 days before a bankruptcy filing are eligible for relief, although extensions are permitted when a debtor files an offer in compromise, attempting to arrange payment terms, or has a previous bankruptcy filing.

3. Has the Debtor Filed All Relevant Tax Returns?

Federal law requires that debtors file a tax return at least two years before filing for bankruptcy, but, in Louisiana, the most recent tax return must also be submitted before filing for bankruptcy. Filing a timely return places the debtor in the best position to obtain tax relief. Filing late, failing to file, or allowing the IRS to file on your behalf may complicate matters.

4. Were All Tax Returns Accurate When Filed?

Debtors cannot obtain relief from tax debt when inaccurate or fraudulent tax returns are filed. A return cannot be incorrect in any fashion when submitted to a bankruptcy court. This includes willfully attempting to obtain invalid deductions, as well as other false or fraudulent claims. If a return is ruled inaccurate or fraudulent, the debtor will be expected to pay the full outstanding amount, including interest and penalties, regardless of other discharges granted through the bankruptcy.

Does Bankruptcy Clear Tax Debt for All Eligible Income Taxes?

Outstanding income tax debt that meets the criteria for discharge may be treated differently depending on whether the bankruptcy filing falls under Chapter 13 or Chapter 7. In either case, the debtor remains obligated to pay in full, including interest and penalties, any tax debt that does not meet the previously discussed criteria in full.

When a debtor files for Chapter 13 bankruptcy, a court trustee schedules partial repayment of outstanding debts. Income tax debt meeting the four criteria above is classified as ‘non-priority’ debt. Similar to credit card debt, whatever the trustee determines can reasonably be paid will be added to the debtor’s payment plan while the rest is discharged.

Chapter 7 is a fairly simple filing often referred to as straight bankruptcy. Under Chapter 7, your full income tax debt, including penalties and interest accrued, will be discharged if it meets the four criteria previously discussed.

Which Forms of Tax Debt Are Not Covered by Bankruptcy?

While income tax debt meeting the four criteria above can be partially or fully discharged, other forms of tax debt cannot be discharged. As well as principal, interest, and penalties for income tax evasion and fraudulent returns, these include past-due property tax, uncollected sales tax (such as that to be paid for a business or when privately selling an automobile), and delinquent trust fund taxes.

What Is the “Innocent Spouse” Clause?

Tax collectors are extremely reluctant to give taxpayers a free pass, which is why income tax debt is the only kind dischargeable in bankruptcy proceedings. The only other recourse, Innocent Spouse Relief, is extremely difficult to obtain. The debtor must prove to the IRS that, without their knowledge, their spouse either failed to report or underreported income, or fraudulently claimed deductions or credits on a jointly filed return.

Are Tax Liens Treated the Same As Tax Debt in Bankruptcy?

Tax debt and tax liens differ. Debt is money owed. Liens are financial judgments secured against property as collateral against outstanding taxes. If the lien was filed before the debtor filed for bankruptcy and the tax debt is fully discharged under Chapter 7, the good news is the IRS or Louisiana Department of Revenue won’t be able to garnish the debtor’s income or bank accounts. The bad news is the tax debt must be paid before the property can be sold.

Taking all this into account, the question does bankruptcy clear tax debt is not the first to be asked when the IRS comes knocking. Other avenues of debt relief, such as negotiating a manageable installment plan, making an official Offer in Compromise, or filing for Currently not Collectible status, should be considered first, with guidance from a qualified agency staffed by tax experts and former IRS employees. For help with a return to financial solvency, contact Geaux Tax Resolution today.