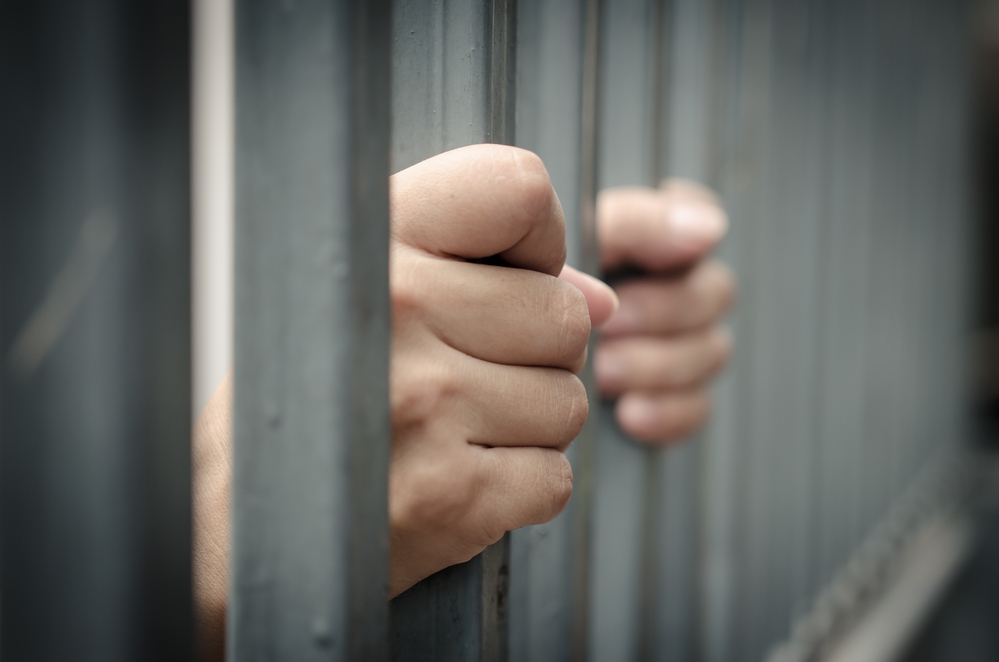 If you’ve received a letter from the IRS stating that you owe back taxes, and fear is rattling your spine, don’t worry. Naturally, the first question many people ask is “Can you go to jail for back taxes?” We’re going to put your fears at ease and show you actual tax code so you can understand what is really at risk.

Can You Go to Jail for Back Taxes?

In general, no, you cannot go to jail for owing the IRS. Back taxes are a surprisingly common occurrence. In fact, according to 2018 data, 14 million Americans were behind on their taxes, with a combined value of $131 billion! And you certainly didn’t hear about them going to jail.

Quick Definition of Back Taxes

Before we go any further, let’s be clear what we’re talking about. Back taxes are not the same as tax owed to the IRS. You can calculate your tax due starting on January 1st, and the amount due is not considered back taxes until the filing date has passed.

It is possible to request an extension to your filing date from the IRS. However, doing this does not change the due date for payment. Once the filing date has passed (this year it’s July 15th, 2020), you will start to rack up penalties and interest on the amount you owe.

Any amount you owe after the deadline is now considered back taxes. So, can you go to jail for back taxes? No, it takes more than that.

Can You Go to Jail for Debt?

If you amassed a huge credit card bill, could they take you to jail? The answer is no. Since 1833, debtors’ prisons have been illegal at the federal level. Most states followed shortly after.

Your back taxes are a form of debt, just like credit card debt or mortgage debt. However, because we’re dealing with the government, there are some rules that don’t apply to your other types of debt.

Can You Go to Jail for a Crime?

Obviously the answer to this question is yes, of course, you can. That is the important part to understand when asking “can you go to jail for back taxes”. It’s not the debt that gets you into trouble, it’s how the debt got there.

If you committed a crime that led to your back taxes, then it is possible for the IRS to punish you with jail time. Let’s look at the cases that can result in time behind bars.

When Can You Go to Jail for Back Taxes?

We’ve established that committing a crime can send you to jail, so what are the tax crimes you could have committed? Generally, the IRS uses two terms: tax fraud and tax evasion. We’ll be using the IRS’ official handbook to better understand these terms and how they may affect you.

Tax fraud is a broad term that generally means lying. The IRS needs proof that you intentionally lied on your tax forms to levy this charge. There needs to be an “affirmative act”.

Common examples of fraud are claiming extra dependents who don’t exist or claiming deductions that do not belong to you. Similarly, if you and a spouse file individually and yet claim one another or double claim your kids, it’ll be an easy red flag for the IRS.

Fraud is also charged more frequently when a person lies to get a tax return when they were owed nothing. Reducing debt is not quite as severe as actually taking money out of the IRS’ pocket.

Is Failing to File Tax Fraud?

Fortunately, failing to file is not considered an act of tax fraud. It may, however, be considered tax evasion. Let’s move on to those offenses.

Evasion has more to do with omissions than outright lying. Evasion charges are separated into two classes: evasion of assessment, and evasion of payment. The second one is particularly important when talking about back taxes.

Evasion of assessment often overlaps with tax fraud. It means you are trying to prevent the IRS from accurately calculating your tax due. If you lie about your income or take excessive deductions, that is both fraud and evasion of assessment.

Failing to file repeatedly when you clearly would have owed the IRS can be considered evasion of assessment, but it may not be fraudulent. Always file on time and be honest about your income.

There are several violations exclusive to evasion. For example, if you use a variety of business names to hide your financial movements, that could count as evasion. The same holds true if you exclusively use cash or use bank accounts under someone else’s name.

Lastly, any sort of destruction of evidence will definitely count as an evasion of assessment. If you’ve gotten a letter from the IRS, do not start shredding papers and burning folders.

Common cases involve people switching to an all-cash lifestyle or keeping money in family member’s accounts after discovering their tax debt. Behavior changes like this are sure to raise the IRS’ eyebrows.

Lying about bankruptcy to avoid paying the IRS is also a crime. Bankruptcy can only lift the burden of federal income tax. If you owe self-employment taxes, capital gains taxes, or any other kind of tax, bankruptcy cannot remove those debts, and you’ll still be on the hook.

Are There Valid Excuses?

If you’ve made a simple mistake, then the best thing you can do is immediately file an amended return and explain the reason. Because the tax code requires a willingness to defraud or evade the IRS, admitting to your mistakes is a good way to set the record straight.

The government rarely gives people a pass for failing to file when they owe taxes, so make sure to always file on time. It’s much better to file honestly and owe the IRS than hide the fact and suffer the consequences.

What if you were sure that you did your taxes correctly, only to find out that your interpretation of the law was completely off base? Fortunately, there are cases for that.

Misunderstanding of the Law

There have been cases where defendants showed that they genuinely misunderstood the law and filed taxes incorrectly as a result. However, if there are multiple obvious errors on your return that no reasonable person could have made, that defense goes out the window. Also, if the government can prove that you knew of the law, perhaps via a letter from the IRS, then this defense is dead in the water.

Resolve Your Back Taxes Now

If you don’t want to be in hot water with the IRS, then get professional help by calling Geaux Tax Resolution. We’ll straighten out your case and get you the best resolution possible.